Motherhood: finding the courage to be vulnerable 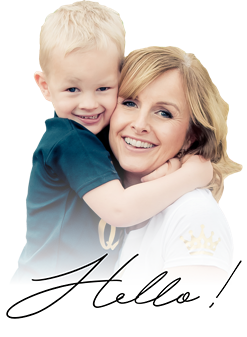 These feelings of incompetence continued and I began to feel more vulnerable and fragile the more I came to terms with becoming a new mum.

What was most surprising about this was how unexpected it was. Not only because so many other mums had told me how they were overcome with feelings of bliss and love in those early days. No one had shared their experience of having the kind of feelings I was having. But also because I had spent most of my life occupying a place of competence. Feeling incompetent was not only unusual for me but deeply uncomfortable!

I came to discover that competence was my comfort blanket and I had relied on it for most of my life. In fact I had prided myself on my ability to feel competent in any challenging situation. I strived to challenge myself to be as capable, strong and as damn near perfect as I could be without being neurotic. Not sure how familiar that will sound to you but this is a particularly strong profile of the high achievers I tend to work with as an Executive Coach.

Check out the latest podcast

But on becoming a new mum I wasn’t able to access the feeling of competence. And without that comfort blanket the feelings of vulnerability became overwhelming.

I saw this as a weakness in myself that I didn’t admire. That was until my beautiful friend Jennifer brought me a book – ‘Daring Greatly; How the courage to be vulnerable transforms the way we live, love parent and lead’.

This book, written by a research professor Brené Brown, is good….I mean really good. Her TED talk* on the same subject has received over 16 million views so I’m sure I’m not the only one to think this.

If like me you don’t like being vulnerable then it’s important to understand the impact this has. Brené Brown’s research suggests that most of us believe vulnerability and weakness to be the same thing – as a result we avoid vulnerability. The problem is that vulnerability is the birthplace of emotions. So by avoiding feeling fear, shame, grief, sadness and disappointment, we also deny ourselves the true feelings of love, joy, courage, hope and authenticity.

Ironically it is the impact of vulnerability that we admire most in others but judge so harshly in ourselves. I don’t know about you but I don’t admire others for their perfectionism but I do admire their ability to:

Motherhood has the ability to humble the most confident of us. It has a way of stripping us naked (literally and metaphorically) and completely exposing our hearts. Overtime I’ve learnt not to judge this. But to accept that, to fully experience the rich tapestry of life, I need to dare greatly and fully embrace my vulnerability.

To be honest I’ve learnt there is no point fighting it as it kind of comes with the territory of motherhood. That’s not to say I still find it easy to be vulnerable but I hope that I’m becoming kinder with myself when I start to feel those feelings.

Here at Wisdom For Working Mums we all about speaking our truth and daring greatly to talk about the highs and lows of being a working mum. As we believe it’s only by embracing our vulnerability that we can truly enjoy the life we’re all working so hard to live……no matter what that life throws at us. 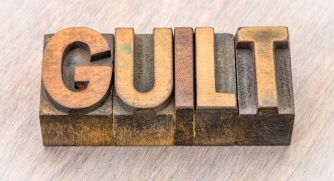 Successful negotiations start with you Four Strategies to Reclaim Your Time As a Working Mum

The Most Dangerous Word in Motherhood; Avoiding Burnout as a Working Mum Happy New Year – Not What You Were Expecting? How To Avoid The Exhaustion Funnel As A Working Mother