When being intelligent doesn’t necessarily make you smart

In my work as an Executive Coach I’ve been privileged to work with some of the business world’s brightest and most talented people.  Often these people have incredibly high IQ and have achieved great success from using this in their careers.  But high IQ doesn’t necessarily translate into successful leadership.

Have you ever wondered why a person can be amazingly smart academically and then demonstrate a complete lack of common sense?

Or why perhaps a person fails miserably at school and then goes on to be an extraordinary business person?

It is now acknowledged that a person’s intelligence varies according to ‘how they are smart’ and not ‘how smart they are’.


Whilst IQ is a great way of measuring someone’s academic intelligence – as a result of most of our school life is based around a core curriculum of maths and English – it is not necessarily the best predictor of how a person will succeed in life.  Research shows (and probably our own observations too) that a person with a high IQ can be shockingly poor at managing relationships or common sense tasks.  This is when smart can be dumb!

There couldn’t be a better example of this than the Nobel laureate Sir Tim Hunt who recently came to the world’s attention through his misguided comments and the subsequent impact on his career.

Hunt is a British biochemist who won the 2001 Nobel Prize in medicine – an award that is given for outstanding contributions for humanity and is considered the most prestigious global award. So we can conclude from this that Mr Hunt is a pretty smart guy.  Or is he?

On 9th June 2015 Hunt gave a speech at a World Conference of Science Journalists in South Korea.  His speech was delivered to a room of female journalists and scientists in which he said:

“It’s strange that such a chauvinist monster like me has been asked to speak to women scientists.   Let me tell you about my trouble with girls.  Three things happen when they are in the lab:  you fall in love with them, they fall in love with you, and when you criticise them they cry.  Perhaps we should make separate labs for boys and girls?”

Unfortunately too many highly intelligent people fail to consider the impact of their behaviour on the people around them.

This doesn’t always lead to career suicide as in Tim Hunt’s case.  But often it can hold them back from achieving their full potential.

B Game – learning to let go 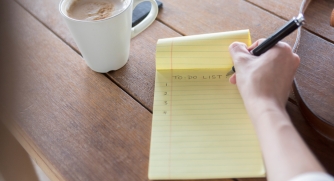 This Question Made Me Cry

There’s No Band-Aid for Burnout

I can’t do this anymore! 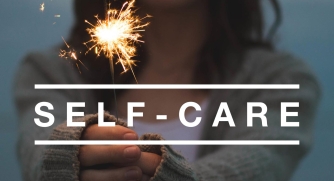 Self indulgent or self preservation?